“These people who can see right through you never quite do you justice, because they never give you credit for the effort you’re making to be better than you actually are, which is difficult and well meant and deserving of some little notice.” Gale P. Elston is an Artists’ Rights advocate who has fought for expanded rights for artists for over 30 years. Arguing in Federal Courts and the Second Circuit notable cases have created new law for artists. She also operated an art gallery in New York’s East Village in the 1980’s.

Her non-profit experience includes: served as a founding Board member of artists’ space WhiteBox in NYC and as Executive Director; served as a Trustee of the Marin Headlands Artist In Residency program in Marin, California; founded non-profit ReCreate, a non-profit matching artists with resources; and served as Board Member of Faith Ringgold’s  non- profit encouraging artist practices for children in Harlem and recognizing artists of the African-American and African diaspora. Steve Swell was born in Newark, NJ and has been an active member of the New York City music community since 1975. He has toured and recorded with many artists from mainstreamers such as Lionel Hampton and Buddy Rich to so called outsiders as Anthony Braxton, Bill Dixon, Cecil Taylor and William Parker. He has over 40 CDs as a leader or co-leader and is a featured artist on more than 100 other releases. He runs workshops around the world and is a teaching artist in the NYC public school system focusing on special needs children.

Swell has worked on music transcriptions of the Bosavi tribe of New Guinea for MacArthur fellow, Steve Feld in 2000. His CD, “Suite For Players, Listeners and Other Dreamers” (CIMP) ranked number 2 in the 2004 Cadence Readers Poll. He has also received grants from USArtists International in 2006 an MCAF (LMCC) award in 2008 and 2013 and has been commissioned twice on the Interpretations Series at Merkin Hall in 2006 and at Roulette in 2012. In 2014 he received a Creative Curricula grant from the LMCC.

Steve was nominated for Trombonist of the Year 2008 and 2011 by the Jazz Journalists Association, was selected Trombonist of the Year 2008-2010, 2012 and 2014 by the magazine El Intruso of Argentina and received the 2008 Jubilation Foundation Fellowship Award of the Tides Foundation in recognition of his work in NYC public schools. Steve has been selected by the Downbeat Critics Poll in the Trombone category each year from 2010–2015.

The universe is under no obligation to make sense to you.

Music started out from noise. After a long journey, it’s going back home.

The streets you walk, the food you eat, the job you work, the method of transportation you choose, the beauty products you purchase, the shows you watch, the links you click, the way you sit on a train, the way you speak to waiters, the way you take your coffee—everything affects everyone. Find a way to believe this, even when sober. 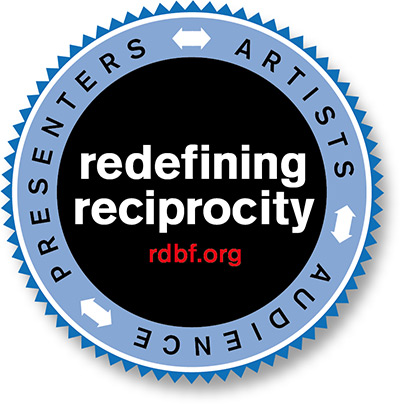